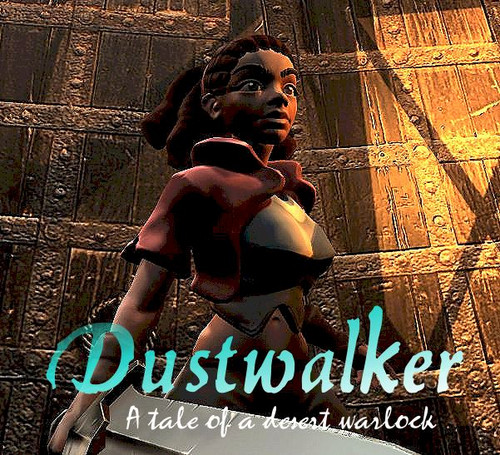 The wind roars across the desert blowing dust across the lands. Once these lands were green and lush but they were ruled by wizards then. Now the land is barren but once more magic starts to rise.

Jasmin is a humble horse trader till one day she goes to the ruined wizard's tower. It awakens something within her and she realizes she's a warlock.

Dustwalker is an episodic RPG about a desert warlock coming into her powers. Episode one features taming a wild horse in order to outrun a sandstorm. Yes it is as cool as it sounds. Dustwalker is an RPG for the weekend gamer, the parent, the busy professional, and anyone who loves RPG's but doesn't have a lot of time to play. Developed by the studio behind Frost Bite, Dustwalker is sure to please.

A tale of a desert warlock coming into her powers